Chartwell take a look around the world at new hotel openings for 2017. These are bound to get you booking your next trip.

Onyx Hospitality Group will be launching Amari Galle, the first Amari hotel in Sri Lanka in March 2017. Tourism in Sri Lanka continues to thrive, and there is growing interest amongst international travellers to destinations beyond the capital city of Colombo. Located in the southwestern coastal region of Sri Lanka, approximately 90 minutes by car from Colombo, Galle offers a variety of historical and cultural features, including the famous Galle Fort, a UNESCO World Heritage Site and the largest remaining fortress in Asia. Amari Galle is located on a beautiful beachfront site, a short distance north of Galle Fort. The property will have 172 rooms and suites, all featuring direct sea views. It will also feature an extensive multi-tiered pool deck with direct beach access, Amari’s signature Breeze Spa, two restaurants, banquet facilities and a fitness centre. For more information, please visit ONYX Hospitality Group for more information. 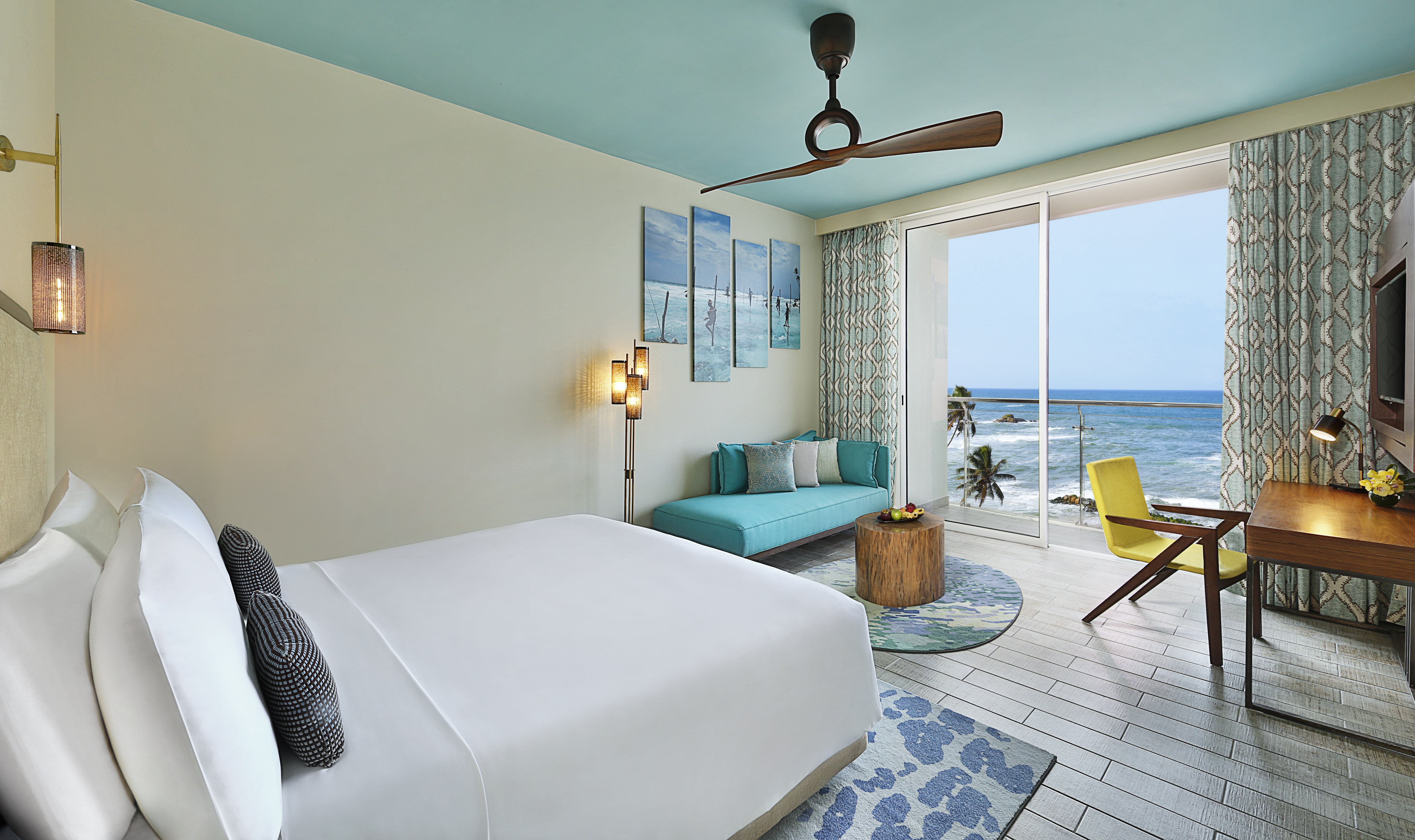 Ship Wreck Lodge Namibia is a brand-new lodge due to open in February 2017, located within the Skeleton Coast National Park. Each room is designed to look like a ship wreck and offers stunning views over the surrounding coastline and sand dunes. With a mix of ecosystems, the area attracts varied wildlife, providing a gateway for desert adventures and great alternative safaris. 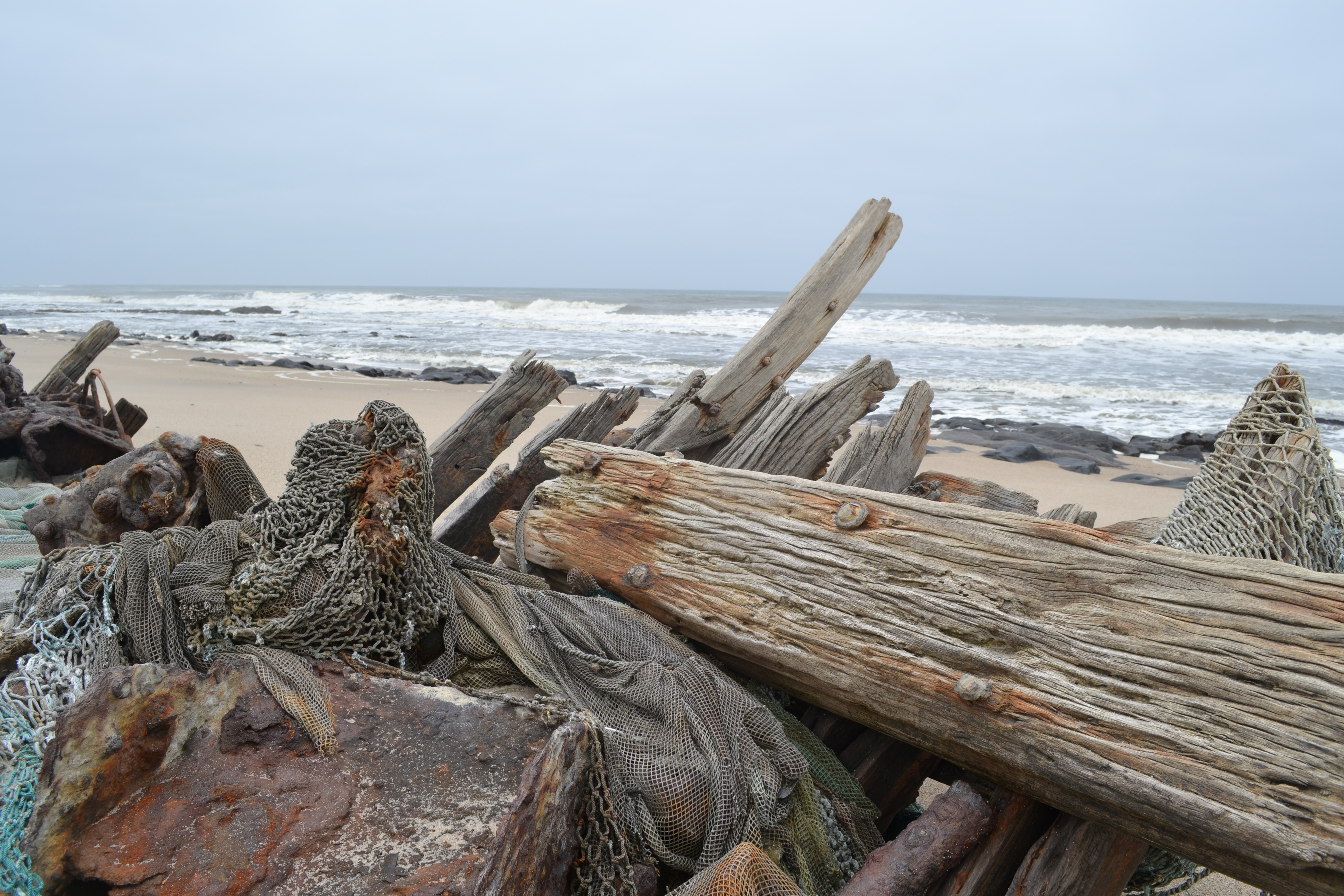 Set to open in April 2017, boutique hotel Casa Republica will be the first four-star hotel in the bohemian neighbourhood of Barranco, Lima. To make Casa Republica especially memorable, the hotel owners, UK tour operator Chimu Adventures, launched a hotel design competition to incorporate crowd-sourced ideas into the final design with the best idea winning a holiday to stay at the property. The 17-room hotel started life as a 1920’s mansion and has been impeccably maintained, channeling the glory days of Peru’s Republican era. The design follows the style of the twenties with rooms that reflect the bohemian vibe of the Barranco district. The colonial-style of the building is unlike the majority of hotels in Lima which are mostly modern buildings. The Barranco district is considered one of the most romantic areas of Lima city and home and working place of many Peru’s leading artist and famed Chala and Cala restaurants. Rates start from $145 per night with taxes included. For more information, for more on Peru, visit: www.peru.travel. 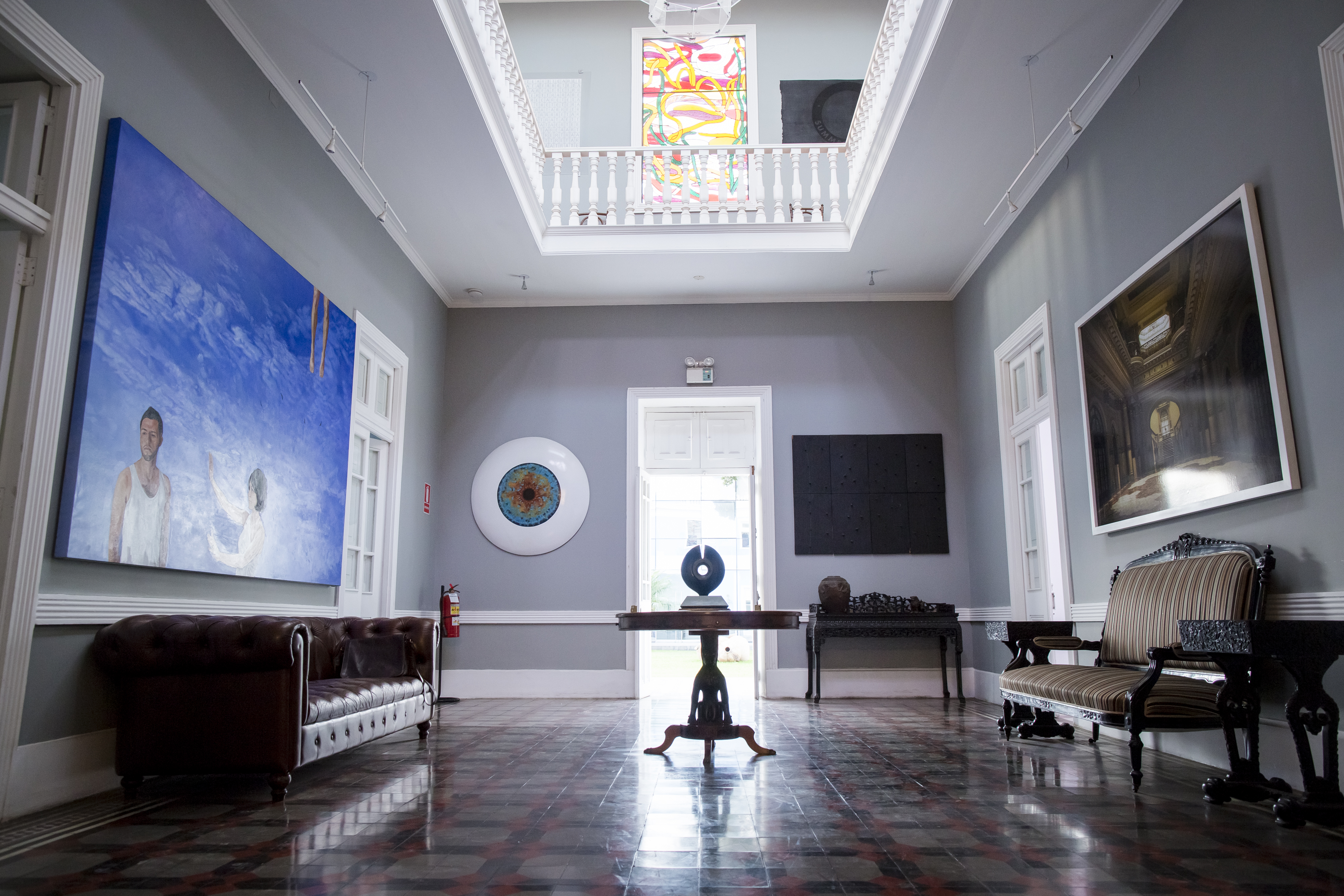 Opening in the Riviera Maya in late 2017, Hotel Xcaret will offer five types of accommodation, each inspired by a natural element, reflecting traditional Mayan beliefs and traditions through aesthetics, gastronomy and ambience. The property will have five Casas: Casa Fuego, an adult-only haven; Casa Espiral, an experience that enriches the connection between friends, colleagues and partners; Casa Agua, a comprehensive Spa and Wellness programme; Casa Tierra, a family focused experience; and Casa Viento, a bespoke family offering that hopes to bring everyone closer together.  Hotel Xcaret Mexico will also feature Muluc Spa and Wellness Centre, offering treatment rooms carved out of the rocks, where guests will experience a unique sensation of calm and relaxation. Furthermore, with ten restaurants and eight bars, guests can be taken on an epicurean journey, where Mexican cuisine will play a central role. The new hotel has incredibly strong eco-credentials, following the highest sustainability standards from construction to opening, and being the first hotel in Mexico that will open having already achieved EarthCheck certification for the planning and design. 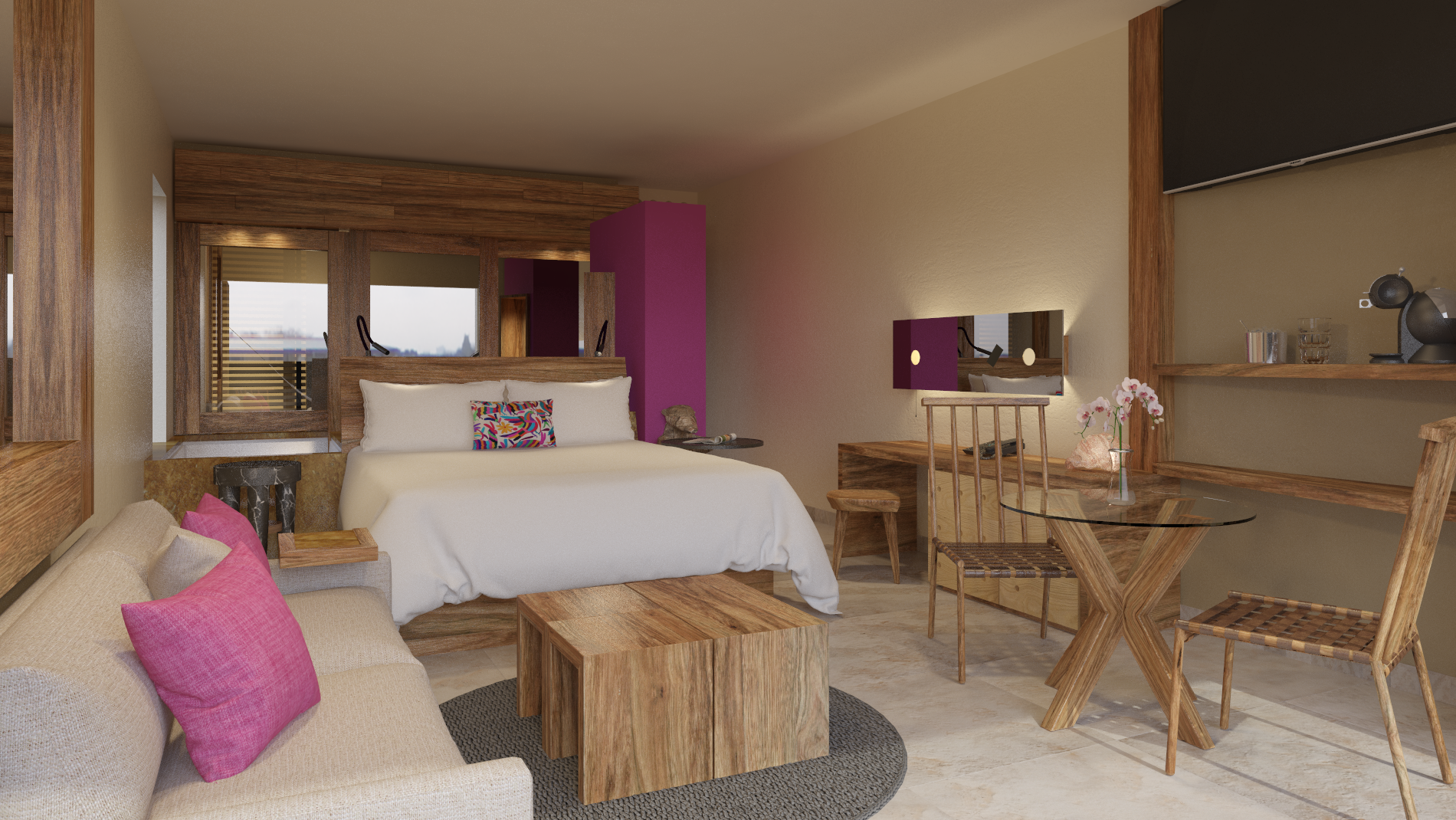 A former monastery founded in the 13th century will be converted into the new Ruby Hotel with 107 rooms in Vienna in 2017. With a top location in the historic 1st district, Ruby Lissi is in the midst of many popular sights as well as being perfectly connected to public transport services. The hotel will be built as homage to the travel empress, in accordance with the style of travelling in the 19th century. Guests can expect tablet-PC’s in all rooms, featuring an online City Guide, events calendar and blog, as well as bikes to discover the city, Ruby Radio to listen the local sounds, and a galley with complimentary drinks. For more information on Vienna, visit: www.vienna.info. 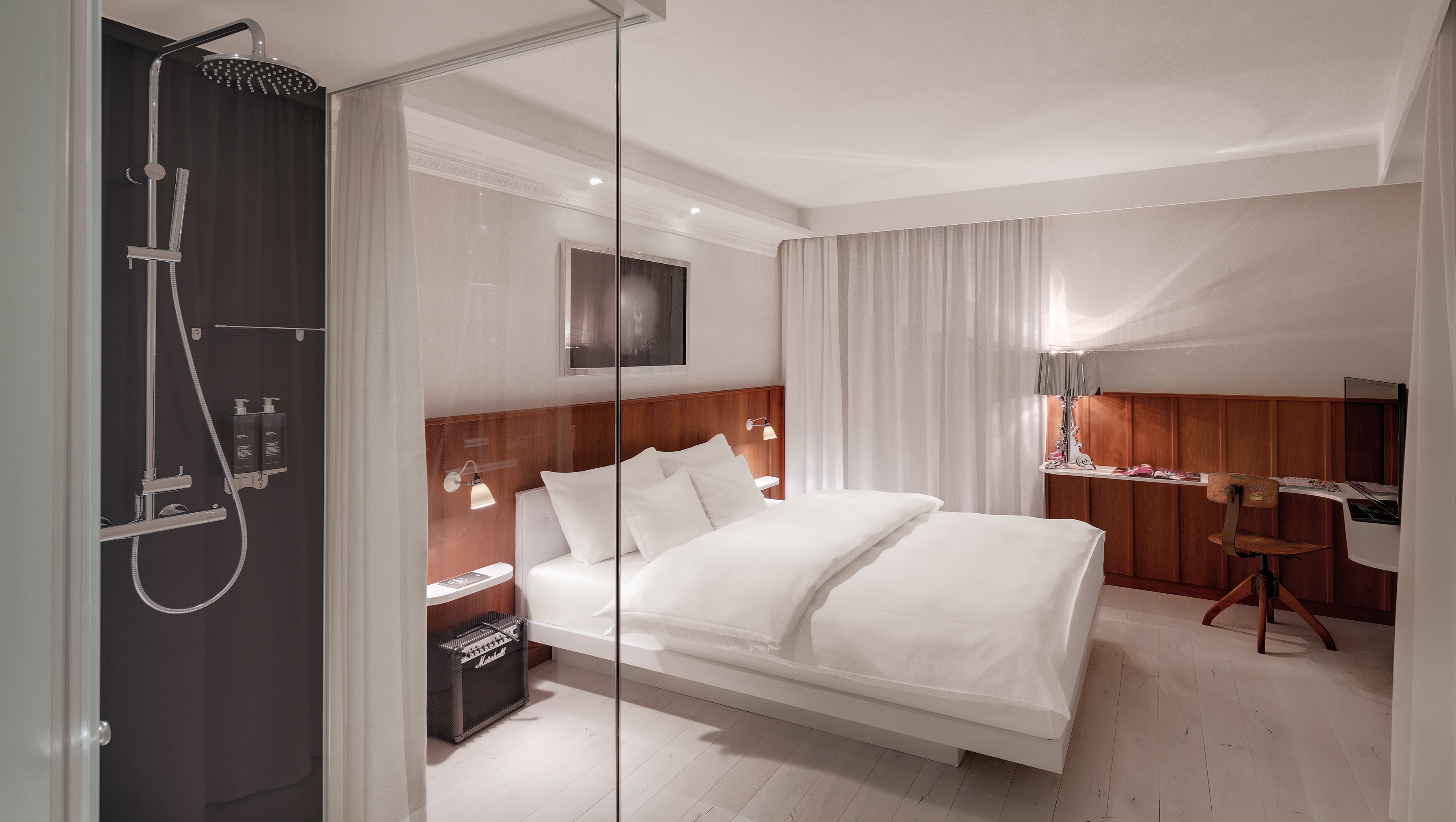 Hot on the heels of a successful Manhattan venture, 1 Hotels is looking to conquer another borough. The new 1 Hotel Brooklyn Bridge – located right on Brooklyn’s new riverfront park and featuring prime views of the East River, Statue of Liberty and Manhattan skyline – will focus on nature and sustainability just like its Central Park sibling. Drawing from its surroundings, the hotel used shipping containers, pilings and piers as design inspiration plus incorporated a million panes of glass to create a seamlessness between outdoors and in. The 194 guest rooms will have floor-to-ceiling windows, eco-friendly Keetsa mattresses and reclaimed materials. And award-winning chef and restaurateur Seamus Mullen will head a farm-to-table restaurant, while a rooftop bar and lounge will offer a plunge pool for hot days and fire pits for cold nights. Rooms from $300 (£243) per night. 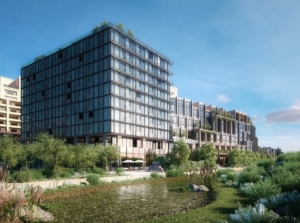