Occupying a spectacular former school and theater building built in 1930, an exhibition by Karpeta rugs and Texturae wallpapers impressed with its series of carefully styled vignettes. The rug and wallpaper designs of 20 designers, including Dutch studio BCXSY and New York-based Alex Proba, were brought together under the artistic direction of Chiara Andreatti, who skillfully transformed the 2-D surfaces into 3-D environments full of rich texture, color, and pattern.

Set against the opulent surrounds of Palazzo Clerici, an array of experiments in wood by Dutch collective Envisions made for a wacky but wonderful display. The pieces, which included psychedelic samples of MDF, intricate inlaid wood veneers, fiberboard embedded with LEDs, and jagged sculptures assembled from hundreds of pieces of laser-cut wood, were the result of a collaboration with Spanish wood manufacturer Finsa. 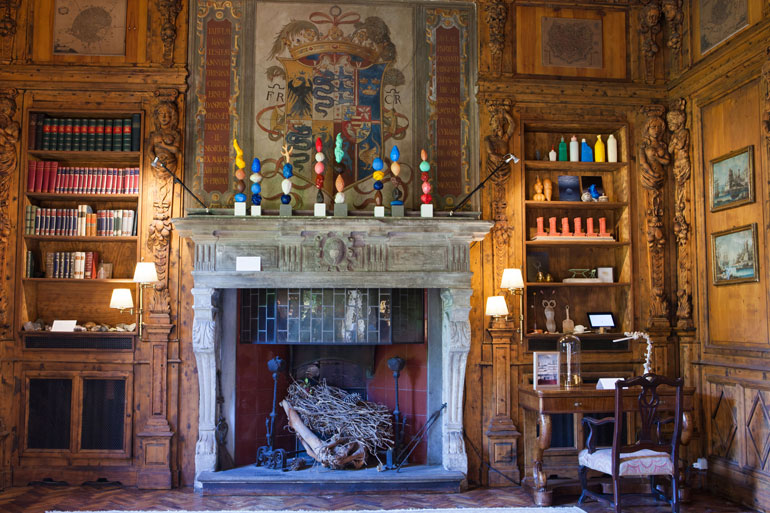 Airbnb, now a regular fixture at Milan Design Week, commandeered yet another beautiful palazzo space with an exhibition dedicated to personal collections. Curator and Milan native Martina Mondadori gathered the personal collections of creatives such as Dimorestudio, JJ Martin, and Formafantasma as well as new pieces by up and coming designers from around the world, and showcased them around the palazzo’s spectacular interior. 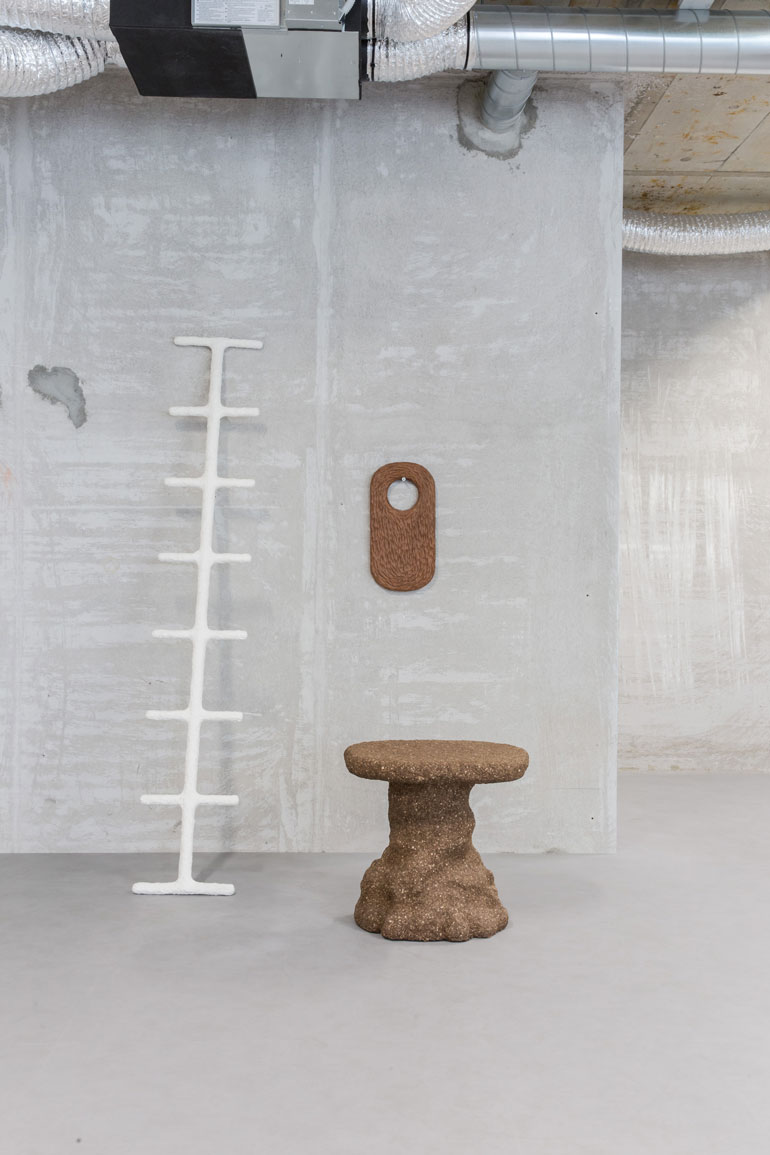 At Foyer Gorani, in the heart of Milan Design Week’s 5Vie district, an exhibition curated by Federica Sala shined the spotlight on four emerging creative talents. Among them was rising star Sigve Knutson, whose experimental pieces in wood clay, hammered aluminum, and alufoil created intriguing forms and textures. Sabine Marcelis showcased a selection of celestial light pieces; Matteo Cibic revealed the results of a 366-day exploration into Morandi-inspired ceramics, and Philipp Weber demonstrated how he has used the process of transforming bituminous coal into coke to create an unusual series of black sculptural objects. 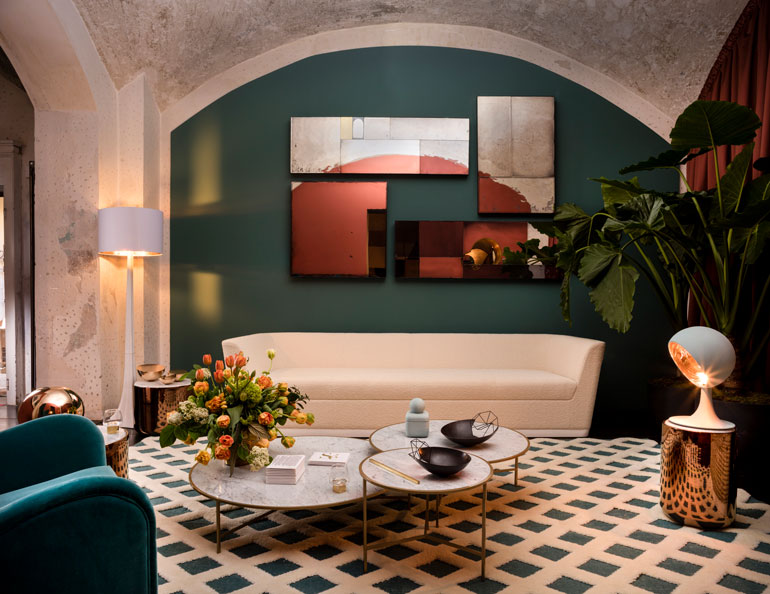 The creation of styled apartments was a popular exhibition format this year. London-based design brand Sé transformed its regular spot at Spazio Rossana Orlandi into a perfectly polished pad. Showcasing all three of the brand’s collections as well as new pieces by Nika Zupanc, Sé’s Milanese home channeled the elegance of the early 20th century with four room sets including a lounge, dining room, dressing room, and salon. 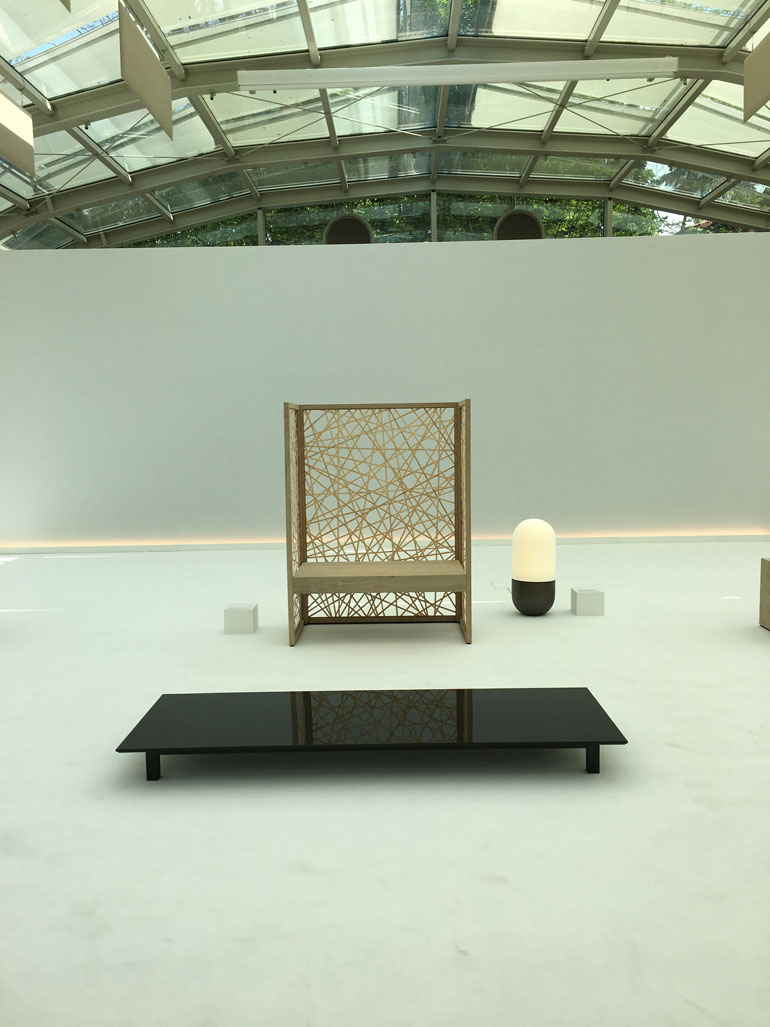 Hong Kong entrepreneur and philanthropist Adrian Cheng debuted his first foray into design against the picturesque backdrop of Milan’s Villa Necchi Campiglio. Having worked on three seating designs alongside the late Shigeru Uchida before his passing last year, Cheng honored the master craftsman’s memory by seeing the collection through to completion. Realized in chestnut wood and bamboo and presented in a clean white space, the immaculately crafted pieces offered a slice of serenity among the sensory overload that is Milan Design Week. 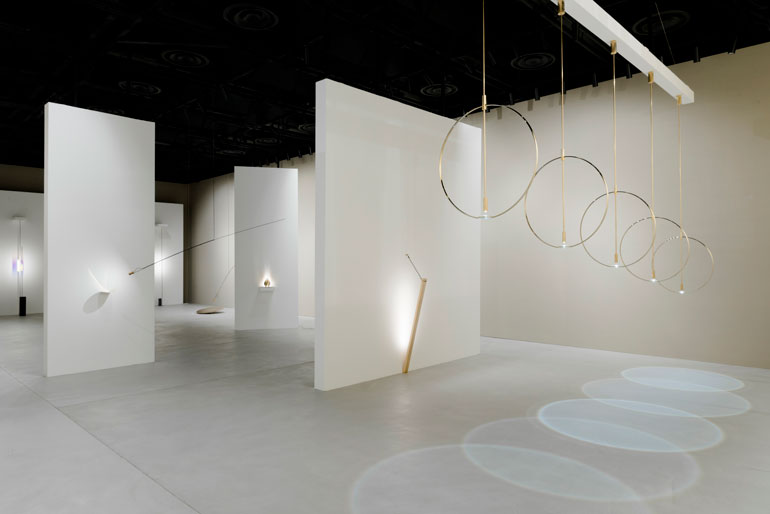 This year was the year of Euroluce at the Salone’s mammoth Rho Fairground, but arguably some of the most spectacular luminaires were to be found in the city. In addition to strong showings by London-based Michael Anastassiades and New York studio Apparatus, Formafantasma orchestrated a stunning showcase of new lighting designs at Spazio Krizia. Comprising 16 pieces in total, the sculptural designs form part of the duo’s Delta collection developed for the gallery Giustini Stagetti/Galleria O. Roma, and a series of experiments with light developed for Peep-Hole, an independent art center in Milan.

Interior designers Arianna Lelli Mami and Chiara Di Pinto of Studiopepe used their impeccable taste to furnish an early 1800’s apartment in Milan’s Brera district. A lesson in use of colour and form, Pepe’s space skillfully blended elegant pieces by design legends such as Gio Ponti, Jean Prouvé, and Ettore Sottsass with surfaces by the likes of Sikkens, Cedit, Florim, and FENIX NTM. 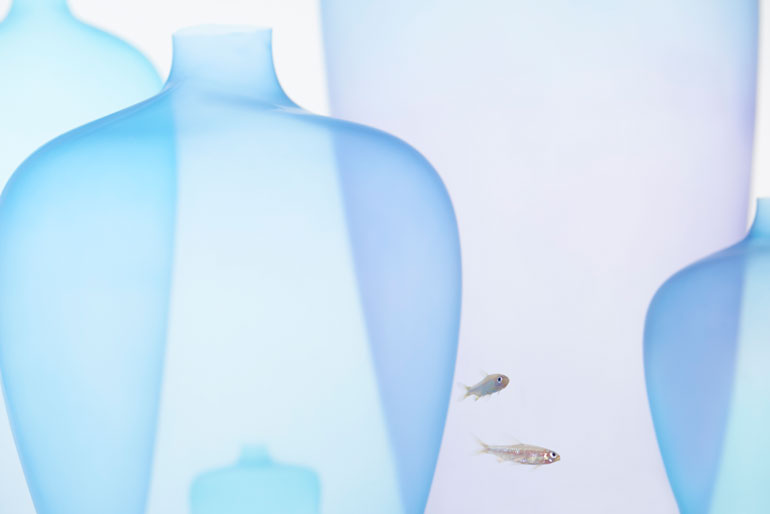 With queues around the block, Nendo’s Invisible Outlines exhibition at Milan’s Jil Sander showroom was undoubtedly one of the most popular shows of the Fuorisalone. By manipulating and blurring objects’ edges in a number of different ways, Nendo explored the role of outlines and how they define the way we see objects. Most intriguing were the jellyfish vases—a set of paper-thin silicone vessels submerged in a water tank that wobbled like jellyfish. 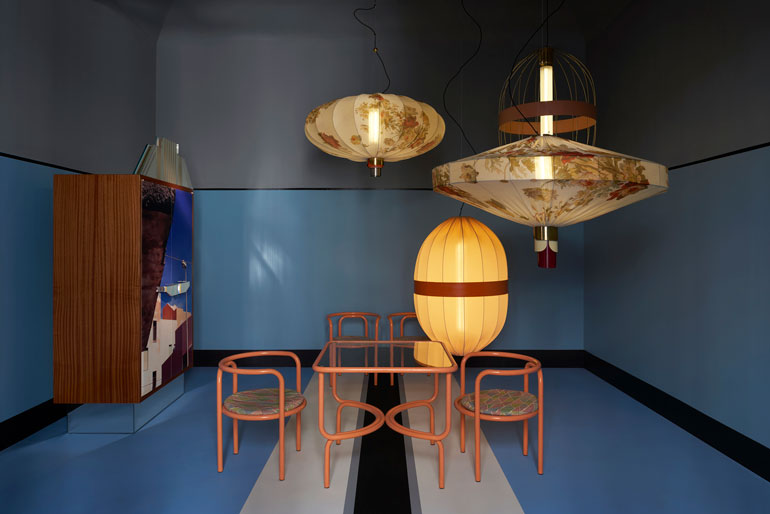 Of-the-moment Italian designers Britt Moran and Emiliano Salci of Dimorestudio, who are currently spearheading a marked departure from minimalism with their opulent interiors, were present across multiple events in their home city. For an exhibition at their permanent gallery space on via Solferino, the studio created a series of room sets that celebrated the decoration and ornamentation of the Art Deco period through 1950’s conceptual graphics. The duo showcased pieces from their Progetto Non Finito range of furniture as well as a collection of new hand-painted ceramic Corrispondenza tiles created in collaboration with Ceramica Bardelli.