The series kicks off with a fundraising breakfast at The Conduit on 4 March where guests can have breakfast and network with some of London’s most talented and creative women. They will be sharing their tips for success and how they have made it in their industry. Hosts include Christiane Amanpour (CNN), Jenny Beavan (Oscar- and BAFTA-winning costume designer), Vicky Featherstone (artistic director,  The Royal Court), Elizabeth Saltzman (Vanity Fair, celebrity stylist) MyAnna Buring (Downton Abbey, Twilight, Ripper Street), Luisa Omielan (Comedian) and Diana Quick (Brideshead Revisited).

The screenings begin on Wednesday 8 March with the chosen films celebrating the work and stories of formidable British women. Each screening includes a post film discussion with either an actor from the film or the screenwriter.

Tickets cost £25 per person and include a glass of Nyetimber English sparkling wine as well as a miniature Green & Black’s ice cream. Tickets can be purchased at http://www.curzoncinemas.com/un-women

Terence Davies, (Sunset Song,) has created a terrific biopic about Emily Dickinson starring Cynthia Nixon (Sex and the City, James White) as the American poet. Internal politics and emotional isolation collide to tell the story of an outspoken young woman confined by the social norms of the age but who captivated the world with her work.

Screenwriter/director Terence Davies will join us for a post-screening discussion. 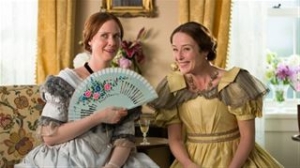 Emma Watson stars as the spirited Belle in this live-fiction adaptation of the Disney classic with Dan Stevens in the role of the Beast. Voice talent includes Ewan McGregor, Ian McKellan and Emma Thompson.

British actress Florence Pugh gives a mesmerising turn as Katherine, a young woman stifled by her loveless marriage to a bitter man twice her age, and his cold, unforgiving family. When she embarks on a passionate affair with a young worker (Cosmo Jarvis) on her husband’s estate, it unleashes a series of consequences that show her determination to seize her independence. This is the debut feature of theatre director William Oldroyd and has been adapted by Alice Birch from a 19th century novella.

Screenwriter Alice Birch will join us for a post-screening discussion. 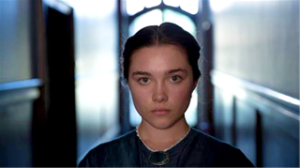 Lone Scherfig (An Education) returns to period England for this witty, romantic and moving portrayal of a young woman finding her way, and her voice, in the mayhem of war… and the movies. 1940, London, the Blitz; with the country’s morale at stake, Catrin (Gemma Arterton), an untried screenwriter, and a makeshift cast and crew, work under fire to make a film to lift the nation’s flagging spirits; and inspire America to join the war. Partnered with fellow writer, Buckley (Sam Claflin), the pair, along with fading matinee idol Ambrose Hilliard (Bill Nighy), reluctantly joins forces on a movie to warm the hearts of the nation and capture the imagination of the US public.

Bill Nighy will join us for a post-screening discussion. 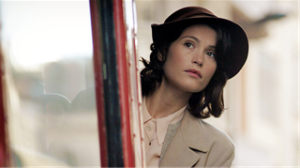 Tickets can be purchased at http://www.curzoncinemas.com/un-women